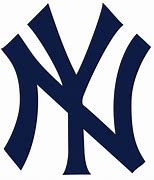 Richard Vera, known as Richie to those who loved him. The son of Ana and Raymond Vera, father to Malachi Vera, and brother to Margie Vera and Christina Jackson. He departed this earthly life on Friday, January 13th 2023, at the young age of 33.

Though he was raised in Florida from the young age of 7, he was a true New Yorker at heart. Born in Brooklyn, same as his father and siblings. He was a man who loved the energy of the city, and the closeness to his extended family. A man who would wear a New York Yankee hat, or beanie no matter the occasion and weather.

Richie had a love for his son that cannot be compared to anything in this life. A love so large he spent his days playing Pokemon, and Digimon with Malachi. Teaching his son how to play basketball, and how to rollerblade. Same as he did for his younger sister as they were growing up. Richie had a close bond with his older sister, a bond so close, no matter the distance that separated them. He also had a love for his mother and father that he showed through his daily efforts to become a better version of himself.

After committing most of his adult life to his son, he took time to explore his career options in New York. Where he was able to enter the culinary and hospitality industry. He moved his way up the chain of command in the Kitchen rather quickly. Gaining the title of Sous Chef in Nordstrom Restaurants and Trump Towers. A man who could succeed in anything he committed his energy and time to.

Richie's soul shined so bright it was blinding. He was a man of many words, high energy, and always ready to tell a joke, or story. Easy to talk to, and easier to laugh with. His smile and love for others could brighten any dark space. He will be loved and missed always - by every member of his family, parents, son, sisters, aunts, uncles, cousins, as well as his friends, those old and new.

The family will receive friends on Thursday, January 19th from 2:30pm - 4pm at Highland Funeral Home, 3329 E. Semoran Blvd., Apopka FL.; where funeral services will be held beginning at 4pm.

To view the Livestream of Richie's funeral services, please click below:

To send flowers to the family, please visit our floral store.